The 16 quarter-finalists selected to compete in the tenth biennial Michael Hill International Violin Competition will be determined by the Selection Panel through a rigorous audition process in December. They will be flown to New Zealand to compete in front of an esteemed International Jury and live audiences.

Nikki Chooi, 2013 winner, (Simon Darby photographer)
Rounds I and II of the prestigious competition take place in Queenstown from 31 May to 4 June amidst the breath-taking surroundings of the southern alps. 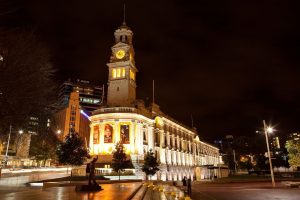 Photo credit: Simon Darby, 2013.
From there, six semi-finalists are advanced to Round III and the entire Competition heads north to Auckland where the violinists no longer competing receive an array of Professional Development opportunities – most of which are open to the public. Impeccable artistry and leadership skills are on display in the Concert Chamber of the Auckland Town Hall 5 and 6 June when, on just 90 minutes’ rehearsal, the six semi-finalists lead some of New Zealand’s eminent chamber musicians in Mozart’s sublime String Quintets. 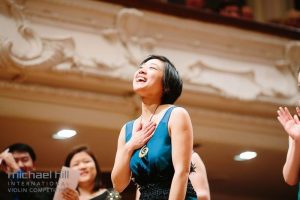 The Prize package is valued over NZ$100,000 and the coveted first prize includes:
$40,000, a recording contract on the Atoll label, a Winner’s Tour in 2020 presented in partnership with Chamber Music NZ, the Auckland Philharmonia Orchestra and Musica Viva Australia, a personalized professional development programme, a custom-designed suit or gown by Working Style or Kiri Nathan and use of Sir Michael Hill’s personal violin, Giovanni Battista Guadagnini (1755), named The Southern Star to perform on the Winner’s Tour.

10 fun facts for our tenth event