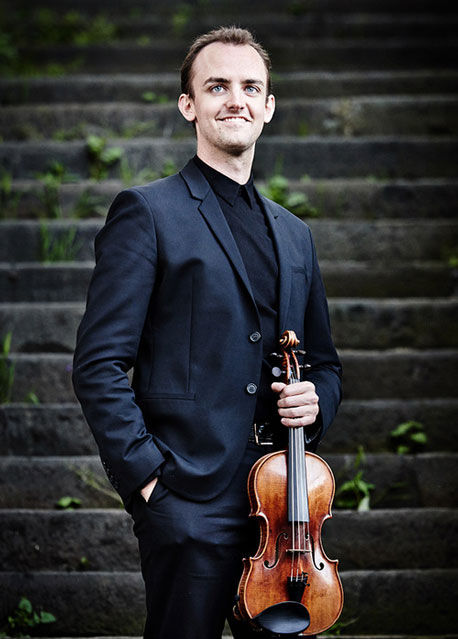 Since winning 1st Prize at the 2016 Young Concert Artists International Auditions in New York and 3rd Prize at the Michael Hill Competition in New Zealand in 2017, Benjamin has established a strong international presence.

Described by the New York Times as bringing ‘virtuosity, refinement and youthful exuberance’ to his debut at Merkin Concert Hall he is much sought after as soloist and chamber musician.

Recent highlights include regular appearances at Wigmore Hall and on BBC Radio 3, his debut with Scottish Chamber Orchestra at the East Neuk Festival and with the Christchurch Symphony Orchestra in NZ, alongside solo recordings with the BBC Concert and Royal Philharmonic Orchestras.

Ben has undertaken tours of the USA, Colombia, China and Argentina and taken part in the Al Bustan Festival in Lebanon and the Sanguine Estate Music Fesitval in Australia.

This season sees the launch of his festival in Queenstown, New Zealand – At the World’s Edge Festival and solo appearances with  the Auckland Philharmonia, Fort Worth Symphony and London Philharmonic Orchestras.  In 2021 Delphian Records release his recording with pianist Daniel Lebhardt.

In 2017 he premiered a new Concerto ‘Stranded’ by Matthew Kaner for the European Commission’s celebration of Europe Day at St. John’s Smith Square and collaborated as soloist with the Royal New Zealand Ballet Company.

Sought after as a chamber musician, Benjamin has taken part in festivals across Europe and the USA including the Pärnu, East Neuk, Cheltenham, Steirisches Kammermusik, Northern Chords Festivals, the Bridgehampton Chamber Music Festival with Anthony Marwood and Caramoor‘s Rising Stars series with Pamela Frank.

Born in New Zealand, Benjamin studied at the Yehudi Menuhin School and the Royal College of Music where he was awarded the Queen Elizabeth the Queen Mother Rose Bowl. In 2013 he won 1st Prize at the Windsor International Competition and was a prize-winner at the YCAT International Auditions in London.  He was a Fellow at the  Ravinia Festival’s Steans Music Institute in Chicago in 2016 and 2017.   His first CD for Champs Hill Records was released in 2015 and immediately went to No.12 in the Classical Charts.

Benjamin plays on a Tononi violin (1709) on generous loan from a private individual. He is also grateful for support from The Carne Trust. 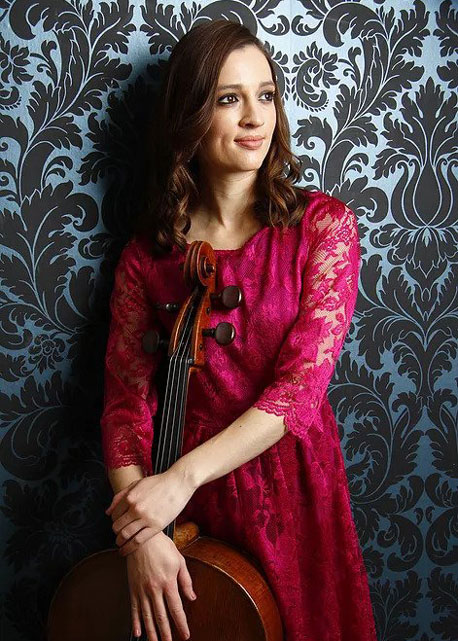 London-based cellist Victoria Simonsen has been described by The Strad as ‘a musician of rare quality’ and ‘beautifully sensitive and composed’ by The Times.

Victoria enjoys a varied musical life that incorporates solo, chamber music and orchestral work as well as recording film and television soundtracks. She also enjoys teaching and is a member of the cello faculty at the Royal Northern College of Music (RNCM). In 2015 she was appointed cellist of the Rautio Piano Trio and their first CD together was released in 2018 on Resonus Classics.

A passionate chamber musician, Victoria has performed at festivals such as the IMS Prussia Cove, Manchester International, Kronberg Germany, Banff Canada, Chamber Music New Zealand and for six years she enjoyed notable success in the early Barbirolli String Quartet. Her chamber music performances have been broadcast on radio in UK, Germany and New Zealand and concerts have included Wigmore Hall and the Purcell Room London. A highlight of 2016 was performing at the BBC Proms Chamber Music series in London as part of a twelve-cellist ensemble.

Victoria is former Principal Cellist with Opera North and has more recently given televised performances at the BBC Proms as Guest Principal of the City of Birmingham Symphony Orchestra and the BBC National Orchestra of Wales. She has also guest led English National Opera, Royal Philharmonic Orchestra, Northern Sinfonia and Irish Chamber Orchestra. From 2008 until 2017 she was a member of the Philharmonia Orchestra and toured throughout Europe, Asia, North and South America with some of the world’s finest conductors and soloists. She gave frequent workshops and coaching as part of the Philharmonia’s education department. In 2014 she was cello tutor for the European Union Youth Orchestra.

Victoria grew up in Auckland, New Zealand, and her early love of music was encouraged by her concert-pianist mother. In 2002, having won the NZ Young Musician of the Year and performed concertos with all the major symphony orchestras, Victoria commenced her postgraduate studies at the Royal Northern College of Music, England, supported generously by Creative NZ and the Patricia Pratt Scholarship. Victoria studied cello with Ralph Kirshbaum and Karine Georgian and composition with Anthony Gilbert, culminating with winning the Gold Medal and the Audience Prize. She later continued her studies as a string quartet fellow at the Guildhall School of Music and with Julius Berger at the Leopold-Mozart-Zentrum der Universität Augsburg in Germany. Victoria gained further inspiration through masterclasses with renowned cellists such as Mstislav Rostropovich, Anner Bylsma, Bernard Greenhouse, Gary Hoffman, Luis Claret, Philippe Muller, Johannes Goritzki, Colin Carr, Raphael Wallfisch and Jens Peter Maintz.

Victoria is exceptionally grateful to Miss Barbara Hilda Knapton, Mrs Kathleen Mary Cavill and the Countess of Munster Musical Trust for enabling her to acquire a cello by Giovanni Grancino, Milan 1687.

Semi-final and Final Round Judge 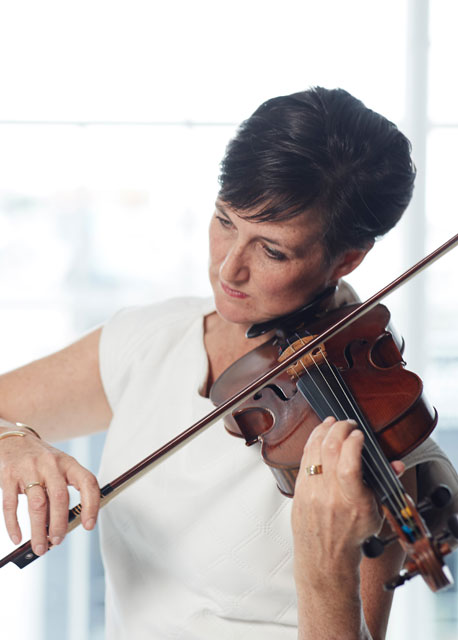 As a freelance violinist Justine performs as soloist, chamber musician, guest-concertmaster and orchestral violinist. As a Creative Performance Coach, Justine supports musicians worldwide to maximise their performance success and enjoyment.

From 2002 to mid-2017, as a founding member and violinist of NZTrio, Justine performed throughout New Zealand, Australia, Asia, South America, the USA, Europe and Scandinavia.

During this time, the group commissioned close to 40 works from NZ composers, seeing the trio honoured with a KBB Music/CANZ citation in 2012 and the Lilburn Trust Citation in 2017 for outstanding services to New Zealand Music. Collaborating broadly across the arts spectrum, they worked with animated film, contemporary dance, theatre, voice, as well as cross-cultural musical works with masters of Maori taonga puoro, Chinese guzheng, and Cambodian traditional instruments.

An active recording artist, Justine has recorded Douglas Lilburn’s Piano and Violin Duos with pianist Michael Houstoun. During her time with NZTrio, they built up a varied catalogue of recordings resulting in many nominations for awards. Their collaborative ‘classical-meets-jazz’ album, Vicissitudes with the Mike Nock Trio, was a finalist for Best Jazz Album in the 2017 Jazz Awards and their CD Sway won the ‘Classical Artist of the Year’ award in the 2017 Vodafone Music Awards.

In 2015, Justine recorded Chris Watson’s ogee – for solo violin and orchestra with the New Zealand Symphony Orchestra – subsequently nominated as a finalist for the 2019 SOUNZ Contemporary Award.

Justine’s notable orchestral career saw her appointed to NZSO Sub-Principal 1st-Violin in the 1990’s, followed by Concertmaster of the Auckland Philharmonia from 2000-2004, where she was regularly featured as soloist. During that time, she was also involved within the first four international judging panels of the Michael Hill International Violin Competition.